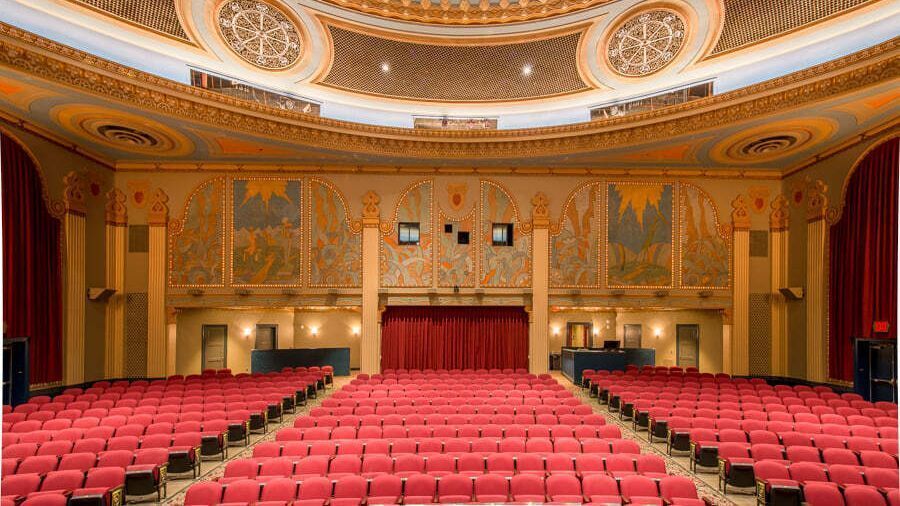 Civic Theatre of Allentown is a 501(c)(3) non-profit organization with 90 years of history in the Lehigh Valley. Started by two Morning Call reporters in 1927 as “Civic Little Theatre,” the current day Civic Theatre of Allentown relies on the creativity, passion, and inspiration of the staff members, the board, and the thousands of volunteers that are mutually invested in Civic’s growth and success.

Civic Theatre became an immediate success and in 1957 moved into its current home at the Nineteenth Street Theatre, a 1928 Art Deco movie palace in Allentown’s West End. Significant milestones in the organization’s history over the years include the establishment of its Civic Theatre School in 1953, the addition of art film screenings in 1989, and the distinction of being the first community theatre to produce Tony Kushner’s award-winning epic Angels in America in 1997. In the last decade, capital improvements to the theatre have included ground-floor restrooms, updated HVAC system, and a new street-level entrance.

We are working to build a page to reflect our rich history. Coming soon.

Civic is devoted to developing the artists and audiences of the future. Established more than 60 years ago, Civic Theatre School programs provide training in the theatre arts to over 300 children each year, developing self-expression, discipline, and teamwork as well as an appreciation for the art of theatre.

Finally, Civic is committed to being the premiere non-commercial film venue in the Lehigh Valley, showing the latest releases and best selection of award-winning art films, including documentaries, American independent, and international films that are an alternative to commercial film cinema, keeping in mind its diverse audience. We thank you for visiting our website and taking the time to learn about our Theatre. Please plan to visit us soon!