The Show Must Go On! Civic shows will only be canceled in the event of a state of emergency. #weather-closure 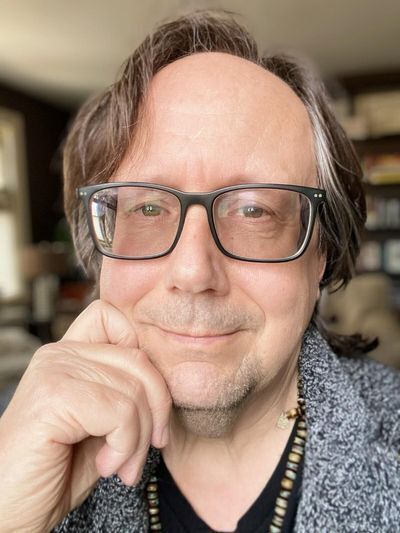 William Sanders is in his 28th season as artistic director, leading the organization to produce acclaimed area premiere productions such as Angels in America Parts 1 and 2; Falsettos; Search for Signs…, Lips Together Teeth Apart; Marvin’s Room; The Normal Heart; The Grapes of Wrath; The Film Society, Six Degrees of Separation; Follies; The Scarlet Letter; Passion; The Cider House Rules Parts 1 & 2; tick…tick…BOOM!; RENT, August: Osage Count, Next to Normal, Spring Awakening, Other Desert Cities, Constellations, Fun Home, Billy Elliot and A Man of No Importance. He has had the pleasure of working at Lincoln Center Theater, the Roundabout, Manhattan Theatre Club, and the Ahmanson/Mark Taper Forum in Los Angeles as assistant director to Joe Mantello on several Broadway and Off-Broadway productions including the Tony-award winning Love! Valour! Compassion!, Design for Living, Blue Window, Proposals and A Man of No Importance. Working in the theatre he has been lucky enough to “be in the room” with marvelous talents including actors Roger Rees, Faith Prince, Nathan Lane, Patricia Clarkson, John Glover, Julie Halston, J. Smith Cameron, Alan Cumming, Jennifer Ehle, Ruthie Henshall, Hayley Mills, Joie Lee, Carolee Carmello, Katharine Helmond, Jerry Stiller, Kelly Bishop, Dominic West, Larry Pine, Rue McClanahan, Allison Janney, John Benjamin Hickey, and Sally Murphy as well as playwrights and composers Neil Simon, Terrence McNally, Jon Robin Baitz, Lynn Ahrens, Stephen Flaherty, Peter Hedges, Marshall Mays, Susan DiLallo, Stephen Weiner and Craig Lucas but none more gratifying than the talent right here in the Lehigh Valley. Also in New York he enjoyed stage-managing the Off-Broadway productions of The Vagina Monologues and the Obie Award-winning Saved or Destroyed? for Rattlestick Theatre, where he briefly served as Associate Artistic Director. Off -Off Broadway he has directed JasonSongs, Dance In The Giddy Circle, Trust, How Far Will You Go?, A Girl You Should Know, Genesius, and Mommalogues.

He has directed and/or choreographed at Goodspeed Musicals, The Sharon Playhouse, American Family Theatre, YOLO Theatre Group, manhattantheatresource, New York City Opera Education Department, Shepherd Hills Dinner Theatre, The Trilogy Theatre, and PA Stage. Locally he has worked at Muhlenberg (Little Shop of Horrors, Damn Yankees, Joseph…, Schoolhouse Rock Live, and others) and the Theatre Outlet (jasonSongs, The Laramie Project, Bricks, Lysistrata). He has created choreography for all the musicals he directed locally, as well as productions of My Fair Lady, On the Twentieth Century, The Sound of Music, and Once Upon a Time in New Jersey at Muhlenberg Summer Music Theatre, The Cradle Will Rock at Theatre Outlet, and Angry Housewives, Over Here, Irma La Douce, Mack and Mabel, Company, Gypsy and others elsewhere. His choreography for the 2003 production of The Wiz at Emmaus H.S. was the recipient of the first FREDDY award for choreography. Bill received the Arts Ovation Award in 1998 for Outstanding Acheivement in the Performing Arts and his production of Gypsy was honored with an unprecedented 25th anniversary special recognition award from Arts Ovation. He has been a recipient of the Community Arts Award from the Pennsylvania Diversity Network for his commitment to bringing LGBT themed work to the Lehigh Valley and has been honored with the prestigious Allentown Human Relations Award. He attended the American Musical and Dramatic Academy in New York, holds a BFA from the University of North Carolina School of the Arts, and is a member of Actor’s Equity and the Stage Directors and Choreographers Society. He and his husband Jason make their home in Allentown very nearby in the vibrant West End with their theatredog, Alfie.